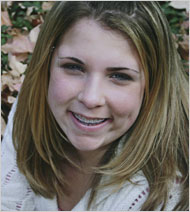 Using a federal law generally employed in computer fraud cases, a federal grand jury here on Thursday indicted a Missouri woman accused of using a phony online identity to trick and taunt a 13-year-old girl, who committed suicide in response to the cyberbaiting.Lori Drew, who drove the girl to suicide, was charged with one count of conspiracy and three counts of accessing a computer without authorization and via interstate commerce to obtain information to inflict emotional distress. If she was convicted, she could serve a maximum of 5 years in prison for each count.

Ms. Drew, who lives in O’Fallon, Mo., allegedly created a MySpace account under the name Josh Evans in 2006. What was the purpose for doing this? Prosecutors said she used the social networking account to contact a young girl named in the indictment as M.T.M. with sexually charged messages from “Josh.” The girl, who has been identified by her mother as Megan Meier, was a former friend of Ms. Drew’s daughter.

A few weeks of chatting later, “Josh Evans” began to send Megan angry and bitter messages, via the MySpace account, ending with one that suggested “the world would be a better place” without her. Megan, believing she had been rejected by “Josh,” committed suicide in her home.