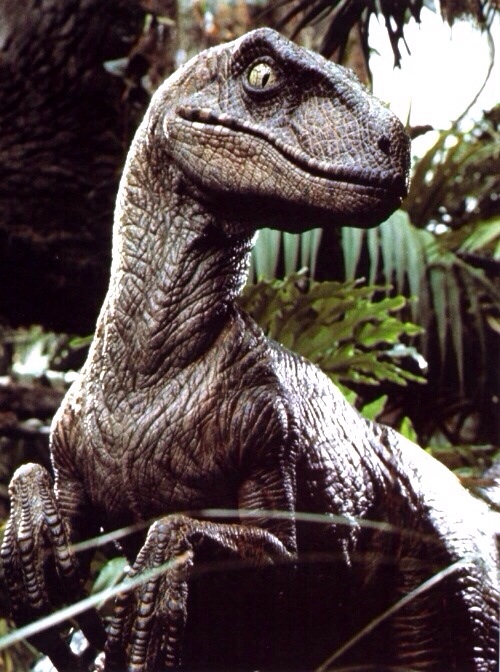 It’s a sad day. I remember fondly of my youth growing up in the wilds of Eastern Tennessee. Who can forget coming back to school after summer vacation wondering who won’t be there due to falling victim to a Bush Raptor attack.
I remember it just like it was yesterday when me and little Johnny were skipping home from a pickup game of baseball when I heard a rustling coming from the brush. We both froze in our tracks wondering what it might be. With terror in our eyes we looked at each other. Neither of us dared to move for fear that we would set off the crazed killers that haunted our dreams at night. Bush Raptors are notoriously fast animals and anyone who grew up in Tennessee knows what an attack looks like. It’s a bloody, rage filled mess of carnage like you’ve never seen!

More rustling came from the brush again and we were sure that we had been detected. It’s not like we had been quiet. We’d just won the local Rogersville Baseball Classic and we were uncharacteristically joyful as we were coming home. Sure, our parents had taught us to be quiet when walking the dusty roads of rural Eastern Tennessee but we were overflowing with the joys of youth! We couldn’t wait to get home and tell our parents about the game. Mom would be in the kitchen scrubbing pans and baking cakes. Dad would be in the Library smoking his pipe and reading the Journal. And little Timmy, precious little Timmy, why he’d be in the back yard chasing june bugs like he always does. What tales we would revel them with.

That’s when we heard the noise again, coming from the brush, chasing us from our thoughts and back into stark reality. We only had one option before us. Running it wouldn’t work. No sir, we’d be caught for sure!

Fortunately, in our backpacks, we had our newly released “Little Billy Acme Raptor Rid.” I reached into my best friends backpack, pushed away the comics books and bubble gum wrappers to find it. Knowing that we only had seconds before we’d be viciously torn to bits by the Eastern Tennessee Bush Raptor, I quickly grabbed the Raptor Rid and pulled the pin. I tossed it into the brush across the ditch and we hit the ground.

A scream came from the brush. A scream? That’s not the normal sound for an Eastern Tennessee Bush Raptor to make. Just then, the Raptor Rid exploded and we waited for the dust to settle.

Cautiously, we walked across the ditch and looked into the bush. Expecting to see the remains for a Bush Raptor we instead saw something entirely different. Why, it wasn’t a Bush Raptor at all! It was Max the school bully and the only thing almost as terrifying as a Bush Raptor. He had been trying to scare us! That devil!

Johnny and I looked at each other. We looked back at the dead bully laying crumpled in the brush. He’d been lying in wait for us to come by and terrorize us with his bullying ways.

And with that we patted each other on the shoulder, said goodbye to Max, and walked the rest of the way home. Never to be terrorized by Max and his cronies again.

Yeah, those were the good old days. I’m going to miss the Eastern Tennessee Bush Raptor.